What are dual-use goods?

Dual-use means that the goods in question can be used for both civilian and military purposes. The term goods includes merchandise, technologies and software. Dual-use goods are listed in Annex 2 of the Goods Control Ordinance.

What are weapons of mass destruction?

Export controls aim to prevent the proliferation of weapons of mass destruction and their delivery systems as well as the destabilizing accumulation of conventional weapons. They seek to safeguard Switzerland's constitutional, foreign and security policy interests while at the same time strengthening the reputation of Swiss companies and research institutions as responsible partners for globally traded cutting-edge technologies.

Internationally binding disarmament and non-proliferation treaties exist in the area of weapons of mass destruction with the aim of preventing the proliferation of nuclear weapons and banning biological and chemical weapons worldwide. Export controls contribute to the implementation of the non-proliferation obligations of these conventions.

In addition to the conventions, there are four politically binding regimes, in which the respective participating states expand and harmonize their export controls. Effective controls are an essential contribution to the implementation of UN Security Council Resolution 1540, which is binding under international law.

Members of the Dual-Use Export Control Policy Section represent SECO as part of the Swiss delegation at the conferences of the international treaties. They assess the impact of international decisions on the Swiss economy and support companies and research institutions in national implementation.

Within the framework of a consensus-based negotiation process, detailed lists of goods are drafted and regularly updated. In order to obtain technical expertise, the Section's staff consult with concerned companies, research institutions, associations and authorities, whose assessments are integrated into the international negotiations.

The negotiated lists of goods are subsequently adopted by Switzerland into the goods control legislation, where they form the basis of the national export controls. However, in addition to listed goods, non-listed goods can also be subject to Swiss export controls if there is reason to believe that the goods are intended for a weapons of mass destruction programme (catch-all). 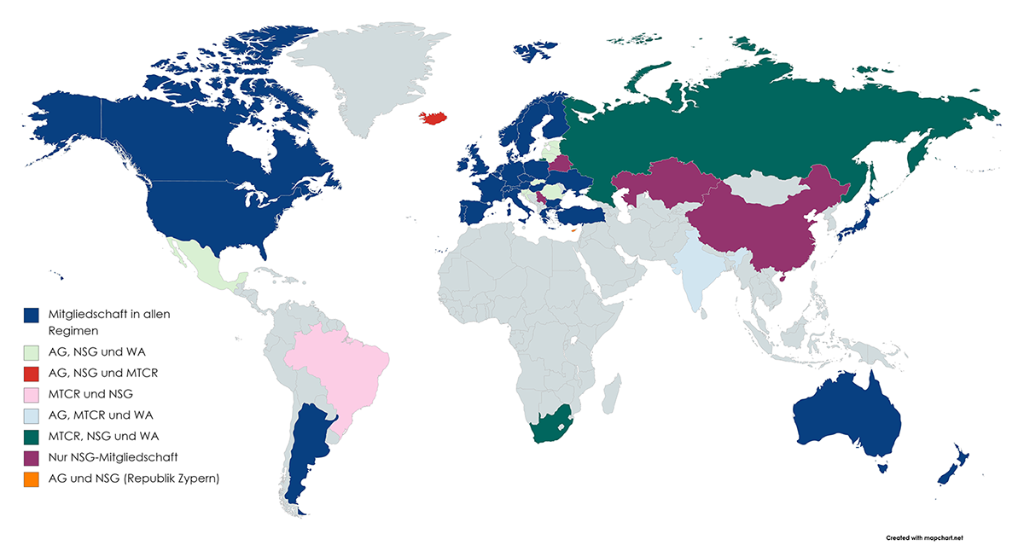 For questions about licensing: